Mold Test – How is it Executed? A mould test can be done at home using a variety of techniques. Some are as straightforward as growing a sample in a Petri dish. Others collect air samples to determine the number of spores in a given area. Mould testing results are used to determine remediation options. The equipment required to conduct the test at home will vary depending on your chosen method. Petri dishes, swabs, tape, and a growth medium are the main components of a home mould test kit (usually potato dextrose).

A non-viable air sample is a group of air samples examined under a microscope for the presence of living contaminants. The results are classified based on the genus and species of mould. Non-viable air samples are collected from indoor and outdoor environments and are frequently taken from the attic, basement, or crawlspace of a building. Because this type of sampling is not very accurate, it is not recommended in many situations.

If you are concerned about toxic moulds, viable air sampling is preferable. Air samples are most likely cultured on a petri dish or growth medium and used to identify the type of mould in an area. This method detects mould more accurately, but it takes longer and is more expensive. It should be noted, however, that this type of testing has proven to be the gold standard in residential mould testing.

The most reliable mould testing method is the one that produces the most consistent results. Viable sampling is more expensive and takes longer to complete. However, it can provide a more accurate result. The disadvantage of this method is that it cannot distinguish between common mould species, such as black mould and grey mould. Non-viable air sampling can be performed on the same day as viable air sampling. Furthermore, non-viable options are more accessible to transport and process.

While air samples are the most convenient way to collect evidence of a mould infestation, they are not the only source of evidence. The technique must be used in conjunction with other confirmation strategies. The concentration of spores in the air can be affected by various factors, making it difficult to determine which type of mould you have. When in doubt, seek the advice of a professional. Consider a more thorough mould inspection method if the mould-infested air is too high or too low.

A visual inspection, leak history, and occupant complaints should be included with a non-viable air sample. Airborne particles change minute by minute, so a “ok” result should be considered suspicious. For example, spore levels in the air may be higher in one part of the house than in another. Furthermore, particle levels will vary depending on temperature, humidity, and mechanical disturbances.

Mould testing can be performed on a single swab or a bulk sample. If the material has dark spots and is suspected of being infected with mould, a Bulk Sample is the best option. A portion of the material must be collected for testing to obtain a mould reading. A sample can also be ordered by performing a Tape Lift or Swab Test. For large samples, a bulk sample is the best option.

The first step in performing mould testing is to find a reputable laboratory. They adhere to strict quality standards to ensure that the results are as accurate as possible. Technicians in a certified lab have a Bachelor’s degree and go through extensive training. To ensure accuracy, most samples are double-analyzed. Furthermore, bulk samples are sent out within a few days of receipt. This means you won’t have to wait several weeks for the bulk sample to be returned; it can be mailed at any time, no matter how far away the lab is.

A bulk sample can only tell you how much mould is in a given area. You should collect an air sample from the suspected location if you suspect a mould infestation. This allows you to draw connections between the mould types in the bulk sample and those in the air. If the samples are identical, you can be sure they are infected with the same mould. In addition to the bulk sample, a mould sample can be tested for fungi, bacteria, and viruses.

A bulk sample is a piece of material with mould growth that is approximately 2 x 2 inches in size. If it is large enough to be a bulk sample, you should have it cut to size by the lab.

A mould sampling device used to collect air samples is known as a spore trap. It collects airborne spores and transports them to a laboratory for identification. Spore traps can collect samples in an area as large as 1,000 square feet. The mould test results can take several days to come back. However, the process is highly accurate and can save you significant money.

The unit used to estimate the amount of fungus is the number of spores per square metre. It’s worth noting that spores in the air change from season to season and week to week. This means that spore concentrations can be significantly higher at different times. Furthermore, if the sample is too small, the number of spores per cubic metre of air is inaccurate. This is why a professional mould inspection is so important.

Indoor samples typically have a higher concentration than outdoor samples. This is due to people bringing items from outside into their homes. As a result, indoor spore counts are likely to be higher than anticipated. Air quality issues are common in basements and crawl spaces. In contrast, the upper levels of the house are usually free of these issues.

If you want immediate results, Instascope tests are the best option. You can use Instascope to locate the source of the problem and check adjacent rooms and areas for elevated levels. Traditional spore traps can take weeks to diagnose a problem, necessitating multiple visits to the property and waiting for lab results. If the readings are elevated, you can use the Instascope to perform a follow-up mould test. Like any other test, the results of a spore trap should be understood about the results of your home inspection. A home inspector specialising in mould testing should be consulted to objectively assess your home’s air quality. The test results will list the number of mould spores and their types. The information will be organised differently in each lab. For example, in our lab, spores are classified into three types: allergens, fungi, and fungi.

Outdoor and indoor spore counts can vary greatly. On the other hand, the outdoor counts are not affected by the weather. The spore count is generally low in the winter. Rainy weather, however, can wash away the spores of some types of mould from outdoor surfaces. Mould spores may also rise in the air due to the evaporation process.

The spore count comparison is a straightforward method for determining the number of moulds in your home or business. This straightforward method yields accurate results without the need for fungal spore culture. Although some mould spores are similar and can be counted together (Aspergillus/Penicillium), others do not share a common characteristic and are counted as part of a larger group.

If no visible mould is present, the total spore count is of limited value and will not provide an accurate picture of the actual problem in your home. Individual mould spore counts should be compared. It would be beneficial if you also considered the spore counts of the various moulds in your home. In December, for example, Basidiospores are abundant outside and in the home air. A high spore count of Basidiospores in your indoor sample does not indicate a true mould problem. It would imply that the spores had passed through a doorway.

The post Mold Test – How is it Executed? appeared first on https://antibioticfootprine.net

The post Mold Test – How is it Executed? appeared first on https://gqcentral.co.uk

The Article Mold Test – How is it Executed? was found on https://limitsofstrategy.com 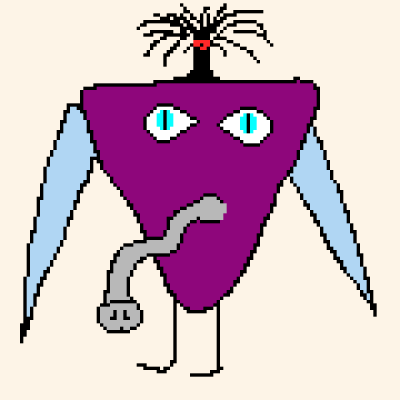